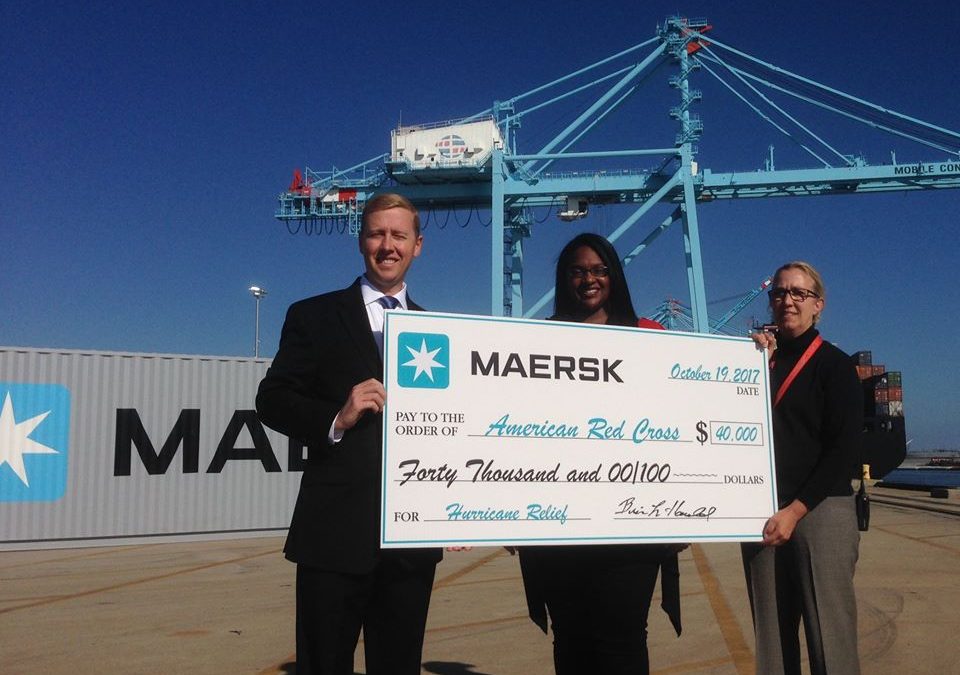 The initiative was set in motion by Maersk Line of North America, headquartered in Florham Park, N.J. Black Flag Communications served as liaison between Maersk and the American Red Cross to establish a donations page where Maersk colleagues could donate to relief efforts for those affected by Hurricane Harvey, Hurricane Irma or to general hurricane relief in the wake of one of the most destructive hurricane seasons on record.

“Maersk North America’s efforts quickly were recognized as ‘best practices,’ with Maersk Latin America coming to us for help in setting up a similar effort with the Red Cross in Mexico following the devastating Mexico City earthquake last month,” said Black Flag Communications Director Scott Rye. “It was truly heartening to see colleagues from around the world respond.” Maersk matched the donations given by employees of Maersk, APM Terminals and Damco.